The agenda of the 2nd Franco-German Conference on Diabetes Research (April 19-20) contained many exciting elements, including the presentation of current research highlights, the exchange of Franco-German research results, proposals for new joint projects and the promotion of young scientists. More than 160 scientists participated in the symposium of the German Center for Diabetes Research (DZD) and the French Institute of Health and Medical Research INSERM/AVIESAN at the French Embassy in Berlin.

This meeting continued the successful Franco-German Diabetes Academy launched by the DZD and INSERM/AVIESAN. The symposium brought together German and French scientists to intensify binational cooperation in academic diabetes research and to open up new ways of preventing and treating diabetes.

“In order to combat diabetes, it is important to bring together excellent scientists to jointly find new approaches for prevention and therapy,” said Professor Martin Hrabě de Angelis, board member of the DZD, at the opening of the conference. “Such a cross-border, binational and international approach is urgently needed,” said Jean-Jacques Pierrat, the French Embassy Counselor for Science. “Around 450 million people worldwide now suffer from diabetes, which is one of the most prevalent diseases.” “The fight against major common diseases is a central concern in the Federal Government's strategy for successful health research and can only be solved through close international cooperation,” said Alexander Meincke, representative of the Federal Ministry of Education and Research (BMBF). The German Centers for Health Research (DZG) lto which the DZD belongs make a major contribution to this cooperation. Professor Otmar D. Wiestler, president of the Helmholtz Association, explained that it is the task of the DZG to accelerate the transfer of results from basic research into applications. The DZD has already achieved initial success in translational research, for example with the development of a multi-hormone against obesity and type 2 diabetes, which is currently in the clinical trial phase. Professor Christian Boitard of INSERM/AVIESAN pointed out that the Franco-German Diabetes Academy, which started 3.5 years ago, had already led to fruitful cooperation. Now it is important to further expand this joint collaboration. In a video message, Professor Yves Lévy, president of INSERM/AVIESAN, suggested initiating joint Franco-German platforms in order to further intensify binational cooperation in the future. 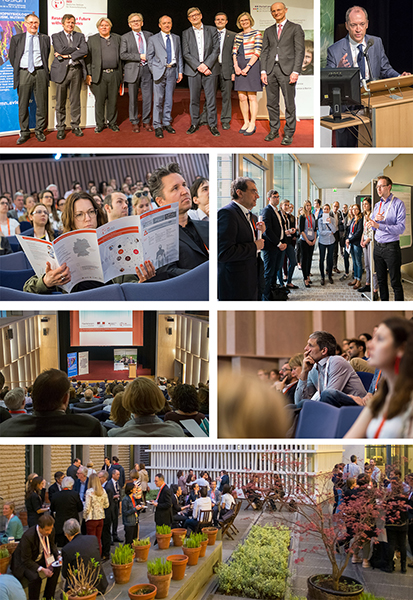 Diabetes is a highly complex disease involving many organs and which has both genetic and lifestyle causes. Therefore, it is important to develop a systemic understanding of diabetes and its precursor processes. This was the starting point of the conference. In four sessions, top European researchers shed light on the role of the liver, beta cells, genes and environment as well as the brain and the metabolism in the development of diabetes.

The first day of the conference was rounded off by Professor Henning Beck-Nielsen from the University of Odense in Denmark and former chairman of the Danish Diabetes Academy with an overview lecture on new pathophysiological findings in type 2 diabetes. He advocated deriving the treatment of the metabolic disease from the individual phenotype. Type 2 diabetes as defined by the World Health Organization should be divided into further subtypes based on beta cell function and insulin resistance.

Another focus of the event was the promotion of young scientists. Researchers at the beginning of their careers had the opportunity to present their results in poster sessions.

In addition to the presentation of current research highlights, the conference focused on the exchange of researchers from both countries. The scientists took advantage of the breaks and the conference dinner to discuss their research work intensively and to explore possibilities for initiating new joint projects.