On June 11th Prof. Tilman Grune will be installed as scientific director of the German Institute of Human Nutrition Potsdam-Rehbrücke (DifE) by the Brandenburg Minister for Science, Research and Culture, Prof. Sabine Kunst. He thus succeeds Prof. Hans-Georg Joost, who was scientific director of the DZD partner institute for more than 12 years. Grune’s position will be connected with the Chair of Molecular Toxicology at the University of Potsdam.

Tilman Grune studied Medical Biochemistry in Moscow and received his license to practice medicine and his medical specialist certificate for biochemistry in Berlin. He received his doctorate in 1992 from Humboldt University in Berlin, writing his dissertation on the effects of oxygen radicals in ischemia using the model of the rat small intestine.
While working on his postdoctoral thesis (Habilitation) Grune focused on antioxidant protective systems in mammalian cells, in particular with the degradation of harmful oxidation products of fatty acids and proteins. In 2003 he accepted a position at the Research Institute of Environmental Health in Düsseldorf, where he continued his research on the topic “Oxidation-Induced Changes in Organisms” as laboratory head of the research group Molecular Aging Research. Three years later he was appointed professor at the University of Hohenheim, where he held the Chair of Biofunctionality and Safety of Food. He left this position in 2010 to accept a professorship at the University of Jena, which he held until May 2014. In the spring of 2014 the DIfE and the University of Potsdam jointly appointed him to the position of scientific director of the DIfE, which is connected with a W3 professorship at the Faculty of Mathematics and Natural Sciences. 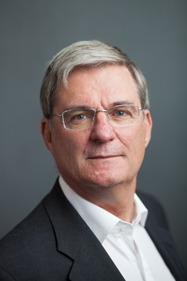 According to its founding charter, the DIfE’s mission is to investigate the relationships between diet and health. Accordingly, Hans-Georg Joost (photo on the right) after taking office in January 2002 developed a research concept that focuses on the currently most important nutrition-associated diseases, i.e. obesity, diabetes, cardiovascular diseases and cancer.

As the evaluations of the Institute by the Senate of the Leibniz Association show, Joost thus succeeded in establishing the Institute in a strategically outstanding position within the biomedical research landscape in Germany and in developing it into one of the leading nutrition research institutes in Europe.

The research activities of Joost’s own department focused on the metabolic syndrome. This syndrome is characterized by obesity, high blood pressure and by an insensitivity of the body cells to the hormone insulin and by disturbed lipid metabolism. Among its most significant sequelae is type 2 diabetes, commonly known as old-age diabetes. Together with his team, Joost identified different genes using the model system of the mouse and functionally characterized those genes that play a role in obesity and diabetes development.

His research results provide deep insight into the formation mechanisms of both diseases, thus creating a scientific basis to develop new therapeutic and preventive approaches. In addition, upon Joost’s initiative and in collaboration with him, scientists from the Departments of Epidemiology and Molecular Epidemiology developed a test (DIfE – GERMAN
DIABETES RISK TEST®) with which the risk of developing type 2 diabetes within the next five years can be determined.

The results of Joost's research are documented in over 230 scientific publications. In addition, as doctoral student adviser, he has guided 40 doctoral students to their PhD degrees. Nine of his scientific staff members have received the Habilitation qualification, and five of these have become university professors.

Prof. Joost was born in Duderstadt / Eichsfeld 1948. He studied chemistry and medicine at the University of Göttingen and received a PhD in organic chemistry in 1972 (PhD adviser: Prof. Hans Brockmann) with a dissertation on antibiotically active actinomycete dyes and a PhD in medicine in 1979 (PhD adviser: Prof. Arnold Hasselblatt) with a dissertation on blood-glucose-lowering sulfonylureas.

From 1997 to 2001 Prof. Joost was on the board of the German Diabetes Association, serving as its president from 2000 to 2001. His current research areas are the genetics of obesity and type 2 diabetes, the regulation of the glucose transport in insulin-sensitive cells and the signal transduction of insulin.

For his work in these areas he received the Ferdinand Bertram Award of the German Diabetes Association in 1988 and in 2002 the Jühling Medal from the Jühling Foundation. In 2003 he was elected member of the German Academy of Natural Scientists Leopoldina, and in 2010 he was awarded the Paul Langerhans Medal of the German Diabetes Association.
In June 2012 Joost was elected speaker of the German Research Foundation review board “Medicine”, Section 4 (the genetic, metabolic and regulatory basis of diseases and public health) – a position he is continuing after his retirement from the DIfE. Furthermore, he was recently named ombudsman of the Leibniz Association. He will also continue serving in this position.