The German Diabetes Society (DDG) honors several researchers of the German Center for Diabetes Research (DZD) at its congress in Berlin (May 28th to June 1st). Prof. Dr. med. Dr. h.c. Matthias Tschöp will receive the Paul Langerhans Medal, the highest award of the DDG.

The German Diabetes Society has been awarding the medal, named after the German pathologist Paul Langerhans, to top international diabetology researchers for more than 40 years. This year, the diabetes researcher Tschöp is honoured with the award. Tschöp has been CEO and Scientific Director of Helmholtz Zentrum München, a partner of the DZD, since August 2018.
Over the last 25 years, the physician has deciphered crucial signaling pathways of communication between the intestine and the brain. Based on these discoveries, he succeeded in combining the effects of several natural hormones in one molecule: Together with the chemist Richard DiMarchi, Tschöp developed a series of new drug candidates for the treatment of obesity and type 2 diabetes, including dual agonists with activity at the GLP-1/Glucagon and GLP-1/GIP receptors and a triple agonist with activity at all three GLP-1/GIP and glucagon receptors. Some of these polyagonists have been successfully tested in diabetes and obesity patients and are now in Phase 2 and 3 clinical trials. A dual GIP/GLP-1 receptor agonist, for example, lowered blood sugar and obesity more successfully than conventional GLP-1 monoagonists. 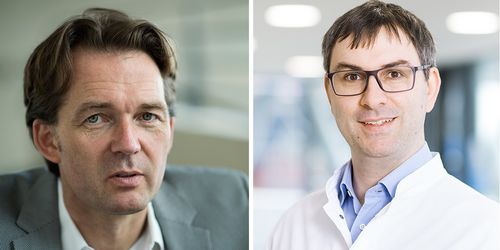 The Ferdinand Bertram Prize, endowed with 20,000 euros, goes to the DZD scientist Prof. Dr. Martin Heni. The physician works at the University Hospital in Tübingen and at the Institute for Diabetes Research and Metabolic Diseases at Helmholtz Zentrum München at the University of Tübingen (IDM). He is investigating how the human brain controls metabolism in the entire body and how disorders lead to obesity and diabetes.

In addition, further DDG research prizes and awards will be awarded to DZD scientists.

In addition, the DDG funds projects that are particularly worthy of support. Here too, research projects from the DZD were successful: