Experts in internal medicine, endocrinology, immunology, surgery, transplantation medicine, cell biology and materials science will jointly develop new medical approaches in the new Centre for Metabolic and Immunological Diseases and Therapeutic Technologies Saxony (MITS) of the Faculty of Medicine at Technische Universität Dresden and the University Hospital Carl Gustav Carus Dresden. Starting in 2023, scientists and physicians will develop new methods for the diagnosis, therapy and prevention of metabolic diseases such as diabetes in the new building. The development of state-of-the-art communication interfaces between patients, physicians and scientists, as well as digital data, will be internationally at the forefront of treatment – not only for diabetes patients. The federal and state governments are supporting the new building, which will require investments of more than 35.5 million euros.

According to a TU Dresden press release: "In Germany, more than eight million people suffer from diabetes, which is the fourth most common disease in terms of frequency and mortality. Overweight/obesity is not the only consequence of the metabolic disease. Diabetes is also linked to an increased risk of myocardial infarction, the danger of going blind or developing circulatory disorders. In the past 20 years, the number of people affected in Germany has risen by almost 40 percent. Among the older population, one in five suffer from this disease. In Germany alone, 1,000 new cases of diabetes are diagnosed every day. Worldwide, half a billion people are affected by this civilization disease. This brings societal and socio-economic challenges for policymakers in government, society and the economy. “In order to combat the diabetes epidemic and develop new treatment approaches with less complications for patients, we need to leave the beaten track,” said DZD scientist Professor Stefan R. Bornstein, speaker for the Centre for Metabolic and Immunological Diseases and Therapeutic Technologies Saxony (MITS). “There is a need for a wide range of interdisciplinary approaches to develop new insights from metabolic-immunological biomedicine into novel and effective strategies for the diagnosis and treatment of diabetes and its sequelae.”

One example of this is a bioreactor: “You can imagine it as a pacemaker - a small tin of five to six centimeters in diameter that is transplanted onto the peritoneum, i.e. under the skin,” said Bornstein. In the tin, beta cells of pigs, for example, are packaged and thus protected from the defense mechanisms of the human body. The cells are supplied with oxygen from the outside via a port, and the body's own nutrients are supplied via a membrane. The reactor can autonomously produce insulin as required and release it into the body. The administration of insulin via syringe or pump into the body would thus be superfluous. Until the bioreactor can help all people with type 1 diabetes, physicians, cell biologists, engineers and materials scientists will have to continue their research. The MITS will be the center for this.

Our research aims to attain a new, innovative understanding of how the regulation of the immune system works, the MITS speaker said. Among other things, the researchers want to investigate mechanisms that prevent the rejection of cells and organs by the immune system as well as the development and progression of the disease. In addition, the scientists at MITS want to test new materials that protect stem cells or donor cells from rejection in the human body. The aim is to prevent the disease and find a cure. Secondary diseases of the vascular system, heart, kidneys, liver and the bones caused by diabetes and other metabolic diseases shall thus be prevented and the regeneration of the cell functions made possible. And we also want to apply the new technologies and therapies to patients," said Bornstein.

Professor Michele Solimena, speaker of the Paul Langerhans Institute Dresden of the German Center for Diabetes Research and Professor for Molecular Diabetology at the Dresden Faculty of Medicine, is already benefiting from this. Together with his team, he is investigating the function of beta cells – including with the help of human tissue samples. The beta cells of the pancreas are the only cells in the human body that release the blood glucose-lowering hormone insulin. The autoimmune destruction of beta cells leads to type 1 diabetes, whereas impaired insulin secretion plays a role in the development of type 2 diabetes. Knowledge about the functioning of the cells and the processes in the body as the disease progresses could prevent diabetes in the long term or optimize existing therapies. Among other things, various research groups are already working on further improving the cells used in the bioreactor. “MITS offers excellent opportunities to bring together researchers in the field of diabetes research,” said Solimena. 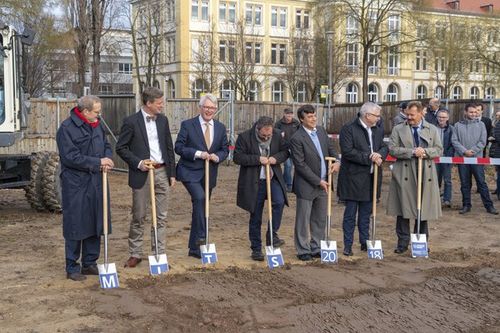 To the press release of TU Dresden (German only)