Researchers at the German Center for Diabetes Research at the Helmholtz Zentrum München discovered that our brain actively takes sugar from the blood. Prior to this, researchers around the world had assumed that this was a purely passive process. An international team led by diabetes expert Matthias Tschöp reported in the journal ‘Cell’ that transportation of sugar into the brain is regulated by so-called glia cells that react to hormones such as insulin or leptin; previously it was thought that this was only possible for neurons.

The rapid rise in obesity and the associated spread of type 2 diabetes represent an enormous challenge for our society. No efficient and safe medicines to prevent or stop this development are available. The failure to develop adequate treatments is thought to be primarily due to the fact that the molecular machinery controlling systemic metabolism still remains mostly unknown.

Metabolic Control: Fuel for the headquarters
Matthias Tschöp, Director of the Division of Metabolic Diseases and also of the Helmholtz Diabetes Center (HDC) at Helmholtz Zentrum München, is investigating how control centers in the brain remotely control our metabolism in order to adjust optimally to our environment. The brain has the highest sugar consumption of all organs and also controls for example hunger feelings. "We therefore suspected that a process as important as providing the brain with sufficient sugar was unlikely to be completely random," so Dr. Cristina García-Cáceres, neurobiologist at the HDC and the study's lead author. "We were misled by the fact that nerve cells apparently did not control this process and therefore first thought it to occur passively. Then we had the idea that glia cells such as astrocytes*, which had long been misunderstood as less important ‘support cells’, might have something to do with transporting sugar into the brain." 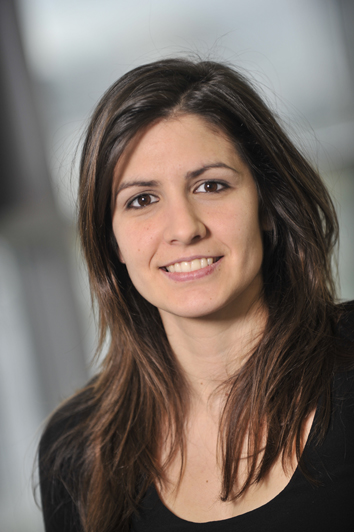 The scientists therefore first examined the activity of insulin receptors on the surface of astrocytes, molecular structures which respond to insulin to influence cell metabolism. Here they found that if this receptor was missing on certain astrocytes the result was less activity in neurons that curb food uptake (proopiomelanocortin neurons). At the same time, adaption of metabolism to challenges like sugar intake became impaired. With the help of advanced imaging technologies such as positron emission tomography, the scientists were able to show that hormones such as insulin and leptin act specifically on ‘support’ glia cells to regulate sugar intake into the brain, like a ‘sugar switch’. Without insulin receptors, astrocytes became less efficient in transporting glucose into the brain, particularly in the area of the satiety centers, which are located in the hypothalamus.
Photo: Dr. Cristina García-Cáceres (Source: HMGU)

A paradigm shift
"Our results showed for the first time that essential metabolic and behavioral processes are not regulated via neuronal cells alone and that other cell types in the brain, such as astrocytes, play a crucial role," explains study leader Matthias Tschöp, who also heads the drug discovery division at the German Center for Diabetes Research (DZD). "This represents a paradigm shift and could help explain why it has been so difficult to find sufficiently efficient and save medicines for diabetes and obesity until now." According to the scientists, numerous new studies will now be necessary to adjust the old model of purely neural control of food intake and metabolism with a concept where astrocytes and possibly even immune cells in the brain also play a crucial role. Once there is a better understanding of the interaction between these various cells, the idea is to find ways and substances that modulate pathways on multiple cell types to curb sugar addiction and ultimately provide better treatment to the growing number of obese and diabetic individuals. “We have a lot of work ahead of us," states García-Cáceres, "but at least now we have a better idea where to look."