The aim of this first joint Dresden DZG Symposium was the creation of a forum in which the scientists from the various centers could exchange information on current research strategies and the latest research methods. In particular, in addition to getting to know each other personally at various levels, the focus lay on the opportunity to create awareness of the research infrastructures available in Dresden.

After the opening of the symposium by the speakers of the three Dresden DZGs Prof. Gerd Kempermann (DZNE), Prof. Michele Solimena (DZD/PLID) and Prof. Mechthild Krause (DKTK), as well as by the medical managing director of the University Hospital Carl Gustav Carus, Mr. Andreas Mogwitz, research group leaders of the different centers initially talked about DZG-cross-spanning research projects. Dr. Ünal Coskun (DZD/PLID) started by talking about protein-lipid interactions as determinants for controlled cell signaling outcomes. He was followed by Dr. Hayder Amin (DZNE) with his lecture on multiscale neurogenic plasticity models for investigating aging and neurodegeneration. The session was concluded by Dr. Armin Lühr from the DKTK, who spoke on proton therapy of brain malignancies: tackling clinical issues with preclinical models. Following a short overview by Prof. Stefan Joos (DKTK) on the first steps in the development of a DZG-overarching strategy, the keynote lecture by Ulrich Dirnagl, Professor for Experimental Neurology at the Charité Berlin, entitled Reducing waste and increasing value in translational biomedicine, inspired a lively discussion which continued during the poster session. 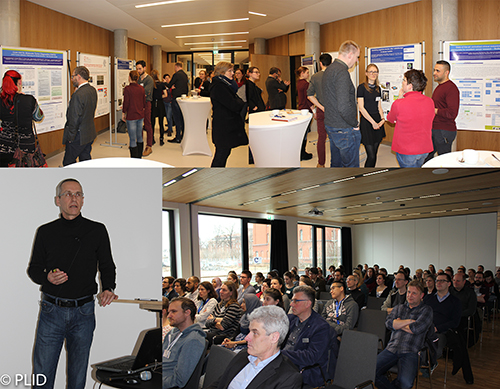