Since the beginning of the year, the national diabetes information portal diabinfo.de, offered by the DZD and other institutions, has been online and is widely used. In order to be able to provide portal visitors with the exact information they need, diabinfo.de will be conducting a survey over the next few weeks.

The portal diabinfo.de is aimed at people with diabetes, their family members, people seeking information about diabetes prevention, and the interested public. The portal was recently expanded to include a section for specialists in diabetes advisory professions. In addition, the sections Living with Diabetes and Preventing Diabetes are also available in Turkish.

The link https://survey.bzga.de/index.php/646941?lang=de takes you to the questionnaire (in German), which deals with content-related aspects, comprehensibility, visual implementation and personal wishes regarding the portal. The questionnaire takes about 10 minutes to complete and is anonymous. The results serve the continuous further development of the portal in the interests of its target groups.

The feedback of the users is very important to the diabinfo team. “We look forward to having a large number of participants in the survey because we see ourselves as a healthcare provider. With diabinfo.de we want to give portal visitors the opportunity to make well-informed decisions and take precautionary measures in consultation with their doctor,” said Dr. Astrid Glaser, managing director of the DZD and member of the project management team at diabinfo.de. 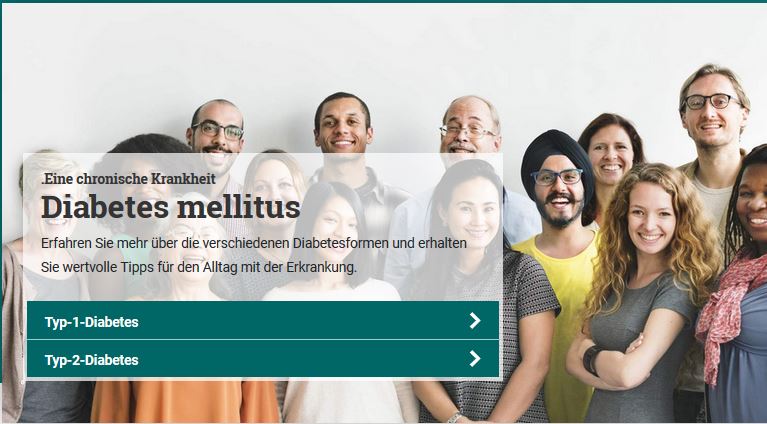 One of the sections on diabinfo.de is aimed at people with diabetes.
Source: Screenshot diabinfo.de